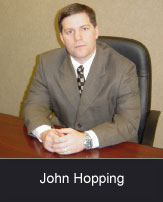 John and his entire team are committed to making sure you always receive the best service and results possible. His enthusiasm and dedication to his clients set The Hopping Law Firm apart from all the rest. 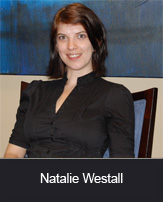 Natalie is a native Texan. She was born in Houston and attended The University of Texas at Austin in 2000. She Graduated in 2004 with a B.A.in English and History. While in college, she studied abroad for a year at the University of Sussex in Brighton, England, where she met her husband.

Natalie moved to Dallas, Texas in 2004 and began working for a large insurance company handling civil litigation cases. She started working at The Hopping Law Firm in 2006 where she has assisted Mr. Hopping in state and federal criminal defense, bankruptcy, and civil litigation cases for clients in the Dallas/Fort Worth area.